Fare Deal: Both Paris and Beijing for under $400!

These are the two primary international destinations to which I took my older two kids last year, and they are both on sale! You can fly one-stop from the San Francisco Bay Area to either destination for less than $400 on a couple different carriers. 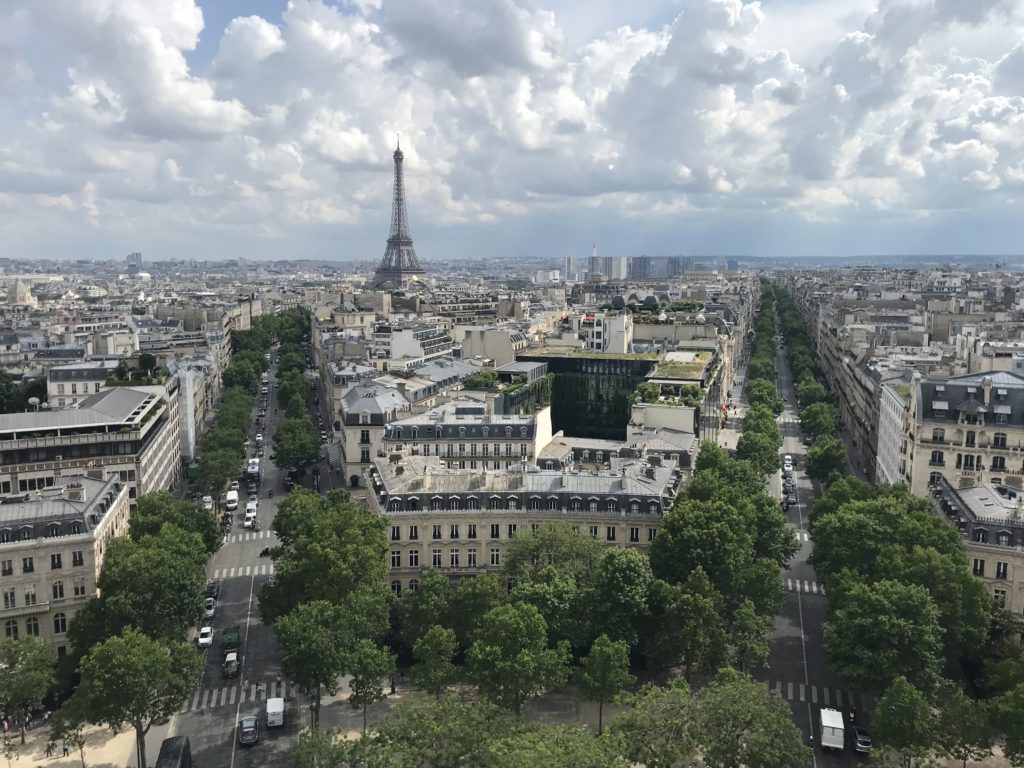 These are both excellent sales to these destinations. We saw the very good Air Canada sale to Beijing out of SJC last year, and I would expect to see something similar again in the future.

Note that you will need a Chinese Visa to visit Beijing on a round-trip itinerary. The city is eligible for a transit without visa (TWOV) waiver, but you must have a confirmed onward ticket to another country.

Here is a rundown on some of the posts from our trip:

Delta is offering an excellent sale for nonstop tickets from San Francisco International Airport (SFO) to Paris Charles de Gaulle (CDG) on partner Air France. This route is operated by both a Boeing 777 and an Airbus A380 on the two daily flights between these two cities. If you can depart and return midweek, this is one of the best prices I’ve seen on a full service airline.

The ticket is in basic economy, so there will be substantial restrictions. But if you’re simply interested in getting to Europe for cheap, this is an excellent deal! Here are some sample travel dates:

For this fare you’ll accrue over 11,000 medallion qualifying miles if credited to Delta. You’ll accrue 1,250 redeemable miles if booked through Delta.

Here is a link to Google Flights with just one set of travel dates. You can click through to book with Air France or Delta.

Air France’s A380 is a very nice way to cross between continents (SEE: Air France A380 Economy Review: Paris to San Francisco). If you’ve been dreaming of visiting France, this could be a great way to do it cheaply!

Fare Deal: San Francisco to Paris for under $400!

Fare deals are valid at time of publishing. Deals are only valid over specific dates and may require a minimum stay. I will nearly always suggest to head over to Google Flights to find the deal and click through to book.

There is currently a fare sale between San Francisco and Paris on full service Star Alliance airlines. You can often find fares on low-cost carrier Norwegian to Paris out of Oakland for a comparable price, so this is an excellent sale.

Price: Starting at $375. Many options available for just under $400

Head to Google Flights and key in dates. Check out a sample itinerary in March here. Play around with the dates to find what works best for you. This deal is available over a good number of dates, and you can book a trip of anywhere from a week to over a month. You can also sometimes find these same deals through the Ultimate Rewards travel portal, allowing you to redeem your Chase points for tickets using your Sapphire Reserve or Sapphire Preferred card (SEE: 5 Reasons Why the Chase Sapphire Preferred is the Best Starter Travel Credit Card).

I headed to Paris and Luxembourg with our older two kids back in June of this year and we had an amazing time (SEE: 3 Days in Paris: Day 3 – Savoring the City). This is an excellent opportunity to book a trip if you’ve been thinking of visiting France yourself!

Cheap United awards to the Rockies in early summer!

United is currently offering an award sale for a select number of outdoor-adventure destinations in the mountains, which could make for the perfect early summer getaway. Destinations include:

For itineraries less than 700 miles, you’re looking at a mere 15,000 miles round-trip. Anything longer than that is 18,750 miles. You do have to book a round-trip ticket to qualify for these prices. One quirk: United doesn’t take connections into consideration when determining the 700 mile cutoff, so a couple airports from Arcata qualify for the cheaper prices, even if they have a connection in Los Angeles (notably, Jackson Hole, Wyoming).

Important note: You do have to either be a United MileagePlus credit cardholder or a MileagePlus premier member to take advantage of these prices. If you aren’t either of these, you’ll pay the standard 12,500 miles each way. If you haven’t picked up the United MileagePlus Explorer card yet, consider the current inflight offer for 50,000 bonus miles and waived annual fee.

Is there award space?

An award sale is only good if there is actually space for people to book. I did a bit of research, and it appears there are a decent number of seats available. I actually stumbled onto the sale by looking to book an award to Jackson Hole. I hadn’t received an email and was scratching my head at the odd 7,500-mile price. Now it all makes sense!

With only four destinations initially being offered, we are fortunate that two are on the U.S. West Coast: Oakland (3x per week) and Los Angeles (2x per week). Both routes will be served by A330s.

The new carrier is based in Barcelona, Spain. Flights take off starting June 1st. Like Norwegian, the airline will charge you for each and every extra if you buy the most basic fare.

Fares started at a crazy $149 each way when they first went on sale. The initial frenzy is over, but there are still some decent non-stop fares from Oakland to Barcelona available.

What about other carriers?

I’ve been eyeing LEVEL’s fares since they launched. The airline has already been offering some incredible deals to Barcelona.

Currently,  Star Alliance carriers are attacking LEVEL’s low fares. There are many dates from August through January where you can get a one-stop round-trip for right around $400 with Air Canada, United, Lufthansa, and Swiss!

LEVEL’s fares are currently higher than these, so don’t expect these competitive fares to last long.

If you’ve wanted to visit Spain, this could be your chance!