3 Thoughts From Our First Trip On VIA Rail

Train travel beats air travel in so many ways. The seats are larger, the scenery is better, at-seat power is basically guaranteed, and it’s simply a more comfortable experience overall. Granted, you trade significant time for said experience, but I typically find it far more enjoyable and stress-free. I might have a different perspective, however, if I had any first-class air travel and less first-class train travel under my belt. 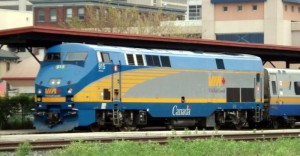 Having taken several excursions on Amtrak, I was very interested to see how VIA Rail would compare. As the national passenger rail line of Canada, I was expecting the two to be pretty similar. And it was, in my opinion. I have a few observations from our first trip with VIA: 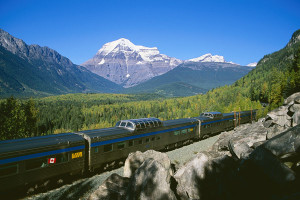 The beautiful vistas along the VIA Rail line through the Rockies. Image courtesy of SmartCanucks.

With two trips to Canada in a year, I don’t foresee my wife and I heading back anytime soon. Currently, the only other area I have my eye on is Vancouver and British Columbia. For any future trips, though, VIA will definitely be in the back of my mind.