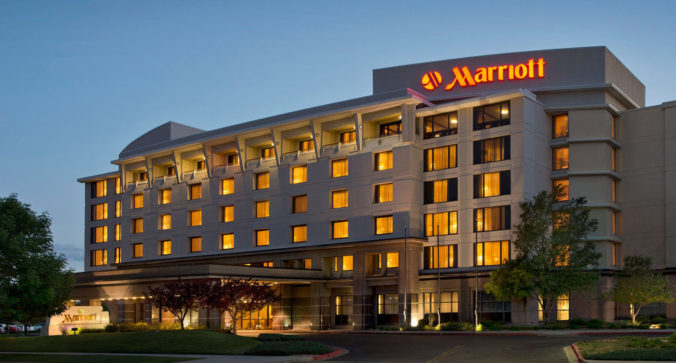 Ever since Travel is Free wrote an awesome rundown on his experiences using best rate guarantees to save significant money on hotels (also see his complete guide), I have been itching to make a claim of my own. I have looked for opportunities many times, but nothing has ever presented itself in terms of timing and need.

But let’s pause for a moment so I can clarify what exactly is a  best rate guarantee. A “best rate guarantee” (BRG) is a policy outlined by a hotel chain that guarantees that the best publicly available rate that you can find for their hotel is on their website. Typically, the hotel chain offers to match any lower, publicly available rate, and then reduce the even more by a given percentage. In the case of IHG, they simply offer you the first night free, which is incredible for single night stays.

I was headed to the Bay Area for work, and I noticed that the Hilton Garden Inn Emeryville was advertised at a lower rate on Expedia than on Hilton’s website. I quickly booked 2 refundable nights and submitted my first claim.

Then I started shopping for my one quick night near Denver airport. Almost immediately I had a target: the Marriott Airport Gateway. It as an Expedia daily special, and the refundable rate was less than $70. At Marriott’s website, the refundable member rate was about $80.

Both inquiries were responded to within 24 hours. Of course they couldn’t find either. The Marriott deal had about 8 hours left on it when I found it, so all they really had to do was wait it out. Somehow the room types didn’t match on the Hilton BRG. Meh. Technicalities. I can easily find other Bay Area options. I canceled the Expedia reservation and moved on.

But I didn’t want to give up on the Marriott at Denver Airport. I quickly replied to the email, including a printout of my hotel confirmation. It was still just under 24 hours from when I had submitted my initial claim, and I had hung on to the original Expedia reservation since it was refundable.

I sent a message back to the customer service rep who had emailed, explaining that the rate was a timed Expedia special. I sent an image of my confirmation and hoped for the best.

Within just a few hours, I received an email back from the rep, stating that while they couldn’t find the rate that I had quoted, they had found a different one. It was even cheaper, and they were taking the liberty of matching it and then reducing the price by 25%. Sweet. The final price came out to about $60 after tax.

Thus, I really chalk this up to both good luck and a sympathetic (or overly eager) customer service representative.

Due to a slight delay, I didn’t do much more than sleep and shower at the hotel when I finally arrived for my brief single night. I covered the cost with Arrival miles and raked in an extra 5,000 Marriott points for the stay from a Fall promotion. Not a terrible trade-off and an interesting first best rate guarantee experience.