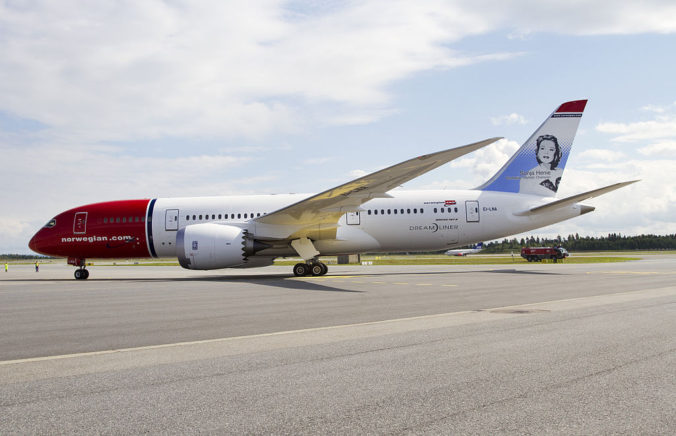 Back in 2015 Norweigan Air Shuttle CEO Bjørn Kjos told interviewers that he hoped to sell $69 transatlantic flights as early as 2017. Well….it looks like his prediction will be true.

Norwegian has gotten permission to operate out of a few smaller, regional airports in the northeast U.S., from which it will offer budget transatlantic flights using the new 737 MAX jets. The first airport on the list is Stewart International Airport in Newburgh, New York. The main draw of utilizing “secondary airports” is the lower fees these airports charge. The efficiency and size of the revamped 737 jets will also significantly cut costs for Norwegian.

Although Stewart International Airport is roughly 5x further from Manhattan than JFK and Newark airport (and even further from La Guardia), the significantly lower prices will likely draw plenty of travelers. Currently, reasonable round-trip fares between New York and the British Isles hover around $500. With any luck Norwegian will soon be offering r/t fares for less than $150. That’s honestly insane. You can easily pay that much in fees on an award tickets.

I’ve written before about my hopes for both Norwegian and WOW (Iceland’s budget carrier) to provide enough U.S. competition that legacy carriers will follow suit with great pricing. With better and better technology, and barring any oil crisis of other disaster, I think that we are entering an even more accessible era of air travel. Bring on the $69 transatlantic flights!

Norwegian Given Approval For Ireland-U.S. Service

The more low-cost airlines wedge their way into the U.S. to international market, the happier I become. Especially when it’s the trans-Atlantic market. The government approval of Norwegian’s service from Cork, Ireland to the U.S. will allow yet another affordable option for getting to Europe.

Norwegian is also launching service to Newburgh, NY (SWF). Although SWF is a small, regional airport, the budget carrier plans to offer $69 introductory fares, which may be enticing for some NYC-based travelers. Service is planned between Newburgh and the British Isles.

Norwegian‘s international destinations include London, Stockholm, Oslo, and Copenhagen. Flights are only available from select U.S. cities, but Norwegian is growing their market. I have priced fares from Oakland to Stockholm several times; prices can drop to less than $170 each way when on sale, which is truly incredible.

Recently WOW Air, Iceland’s budget carrier, offered $99 one-way flights between the U.S. West Coast and Iceland. A similar sale was repeated fairly soon after. It is my hope that Norwegian, WOW, and other low-cost airlines will offer fresh competition that pressures the legacy carriers to lower prices across the board.