Flying Frontier For The First Time 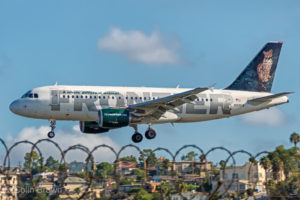 Frontier A319 similar to the one that we flew on. Copyright Colin Brown.

Well, after my previous rant on how awful Frontier’s rewards program is, the trip I booked with our EarlyReturns miles finally arrived. Back in 2015 I had signed up for the Frontier Airlines MasterCard, and I figured that I would put the miles from the sign-up bonus to use for a spring trip to visit family in the Western U.S. While the card did end up saving us money on the trip, it was not nearly what I had hoped for. After all of Frontier’s added fees, we shelled out about $200 for myself, my wife, and a checked bag from SAN->DEN and then DEN->SFO. This includes the $69 credit card annual fee. I shouldn’t complain, but $200 is pretty far from the $22.40 in fees we would have paid using Southwest miles. Fewer Southwest miles would have been required as well, probably in the neighborhood of 11,000 per person for both legs, rather than 10,000 Frontier EarlyReturns miles per leg. But…..we needed to burn the Frontier miles. Now look away as I light their credit card on fire…

After my booking and website experience with Frontier, I did not expect much from our first flight. They are a pretty typical a low-cost carrier. Frontier charges you for everything. Seat reservation? That’ll cost you. Checked bag? Shell out at least $25. Carry-on bag? That’ll be even more. In-flight snacks and beverages are not complimentary, either. A can of soda will run you $1.99, and prices go up from there.

We arrived at Lindbergh Field early because I wanted to get through security and settle in to get some work done. We immediately ran into an issue: the Frontier check-in counter wasn’t open. Frontier only runs a few flights per day out of San Diego, and I didn’t consider that the counter would shut down between them. This wouldn’t have been an issue if we had not needed to check a bag, but we had opted to go with one checked bag rather than two carry-on bags due to Frontier’s fees. I thought we would spend an uncomfortable 90 minutes near the check in counter, but we ended up finding a table with an outlet in the nearby food court. Score.

Two hours later we headed back to the desk and checked in. Security was (amazingly) a breeze; we must have hit a lull between sets of flights. We then found some decent seats with power outlets near Frontier’s single gate at San Diego International (SAN). On a side note, SAN is quite lacking when it comes to post-security services, at least in Terminal 1. Each of the security checkpoints lead to individual gate areas that are downright tiny. Ours wasn’t especially busy that day, but the Southwest gate areas have been insane in the past. San Diego really needs a new airport.

Our aircraft showed up over an hour late due to winter weather in Colorado, a state that apparently doesn’t understand the concept of spring. I mean, my goodness, it’s almost May! What’s up with the snow? The flight delay didn’t bug us much, but I was getting more concerned about driving from Denver to Colorado Springs that evening. 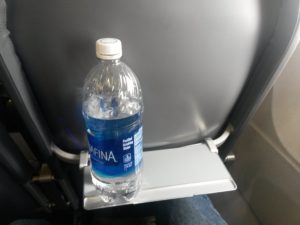 The silly mini tray tables. Never seen anything like them. They would (maybe) fit an iPad.

Boarding went easily and quickly. The aircraft was pretty close to what I figured it would be. Cheap economy seats, all of two rows with extra legroom, and the tiniest tray tables I have ever seen. The in-flight menu had an array of snacks and beverages, all for purchase. Everything was expensive. I expected prices to be sky-high, but they were actually not quite at the level I anticipated. During the flight I ended up buying a ginger ale for $1.99. 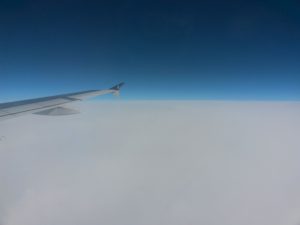 Sadly, this was the view from the window seat for most of the flight.

The flight went well. We saw Tijuana from the air, and some of the desert Southwest, but then everything disappeared underneath a solid layer of white. I got another hour and a half of work done while in the air, until my laptop battery finally died. No at-seat power on this cheap carrier. Nor wifi, but that is less of a concern for me. 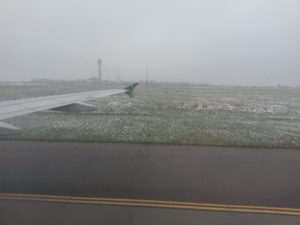 This. This is Colorado on April 29th. The sun wouldn’t come out until our last day here.

After a final hour of straining to see anything from the window, we touched down softly at a snowy Denver International Airport. My anxiety about driving to Colorado Springs that evening was mostly relieved when we were given a small SUV with all-wheel-drive instead of the standard sedan that I had reserved. 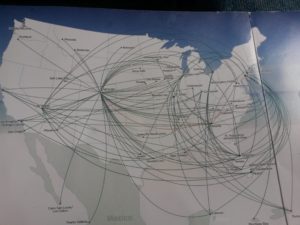 Limited Frontier flights from the West Coast, but they may be a good option for getting to Colorado.

If I am traveling light and looking to pay cash for a cheap fare, I will likely consider Frontier in the future. They do have some insane fare sales. And I mean insane. Some routes can go as low as $19 each way (if you join their Discount Den club for an annual fee), and they often get lower than $49 each way on a decent number of routes. It seems like they have a decent sale at least twice a month. Visiting family and friends in Colorado may happen a little more often.

Roughly six months ago I picked up the Frontier Airlines MasterCard on a whim. I had applied for the Wyndham Rewards Visa (with a decent 45,000 point sign-up offer and 15,000 annual bonus), and I figured I might try for a second card in the same day (since the credit pulls will combine into one). I was instantly approved. I met the minimum spending requirement within a month and quickly forgot about the miles.

Luckily for me, I came across a tidbit last month that clued me into the Frontier’s very short 6-month expiration policy on their miles. I could bypass this by spending on the card, but instead I decided that I would burn them on a Spring trip to visit some of my wife’s extended family. I thought this would be an easy use of the miles with a reasonable (but not stellar) return in value. But no, it had to be a booking headache. 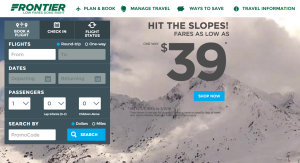 Frontier. “Low Fares Done Right.” Might be true….but they sure don’t do loyalty programs right. Image courtesy of Frontier.

First, though, here is a little background on Frontier. Based in Denver, the airline sits somewhere about spot #10 on the list of U.S. airlines, flying to 59 destinations, mostly domestic. The most important thing to remember, though, is that they are a budget airline. They charge for everything. Checked bag? Fee. Oh, the carry-on bag? Fee for that, too. Reserved seats together? That’ll be several dollars per person. And the list goes on.

I knew this going into getting a Frontier card. I figured it we could get away with a single large checked bag for a vacation, we could fly for $11.20 + the bag fee each way. Not bad for two people under any circumstances. For a bulk of Frontier flight options (even considering their crazy sales), we would be saving a a good amount of money on a round-trip, even after the $69 fee on the card.

Or so I thought. That’s when the booking process made me want to punch my computer and then light it on fire. The whole ordeal lasted a couple days and almost enticed me into paying cash for a United flight simply out of spite. Only reason I didn’t was because I would still be sitting on my Frontier “NeverReturn” miles. Here is why I got so worked up: 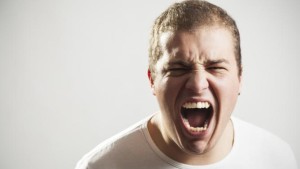 In addition to my frustration with the Frontier and the EarlyReturns program, browser issues plagued me as well. It literally took me three sessions over three days to settle on flights that fit our schedule. It caused so much mental anguish that I decided that I will never again bother with Frontier miles. The return on investment and time-frame for redemption make it totally pointless. I am not saying I will never fly Frontier…if they have a $19 or even $49 fare that gets me where I want to go, I would be all over it. But only to save my cash and earn 3 miles/$ on my Amex Premium Rewards Gold card. Not because I am interested in Frontier miles.

All in all we ended up paying $215, 40,000 Frontier miles, and ~4,000 Southwest miles for a three leg route on Frontier and Southwest from SFO -> SAN -> DEN -> SFO. The lowest flights for the same period were on United for $294 per person, and would have earned miles. Doing the math and taking into account the card fee, this left me with a terrible overall 0.7 cents/mile redemption rate. Bottom line: don’t bother with Frontier EarlyReturns. There are plenty of other lucrative loyalty programs out there.