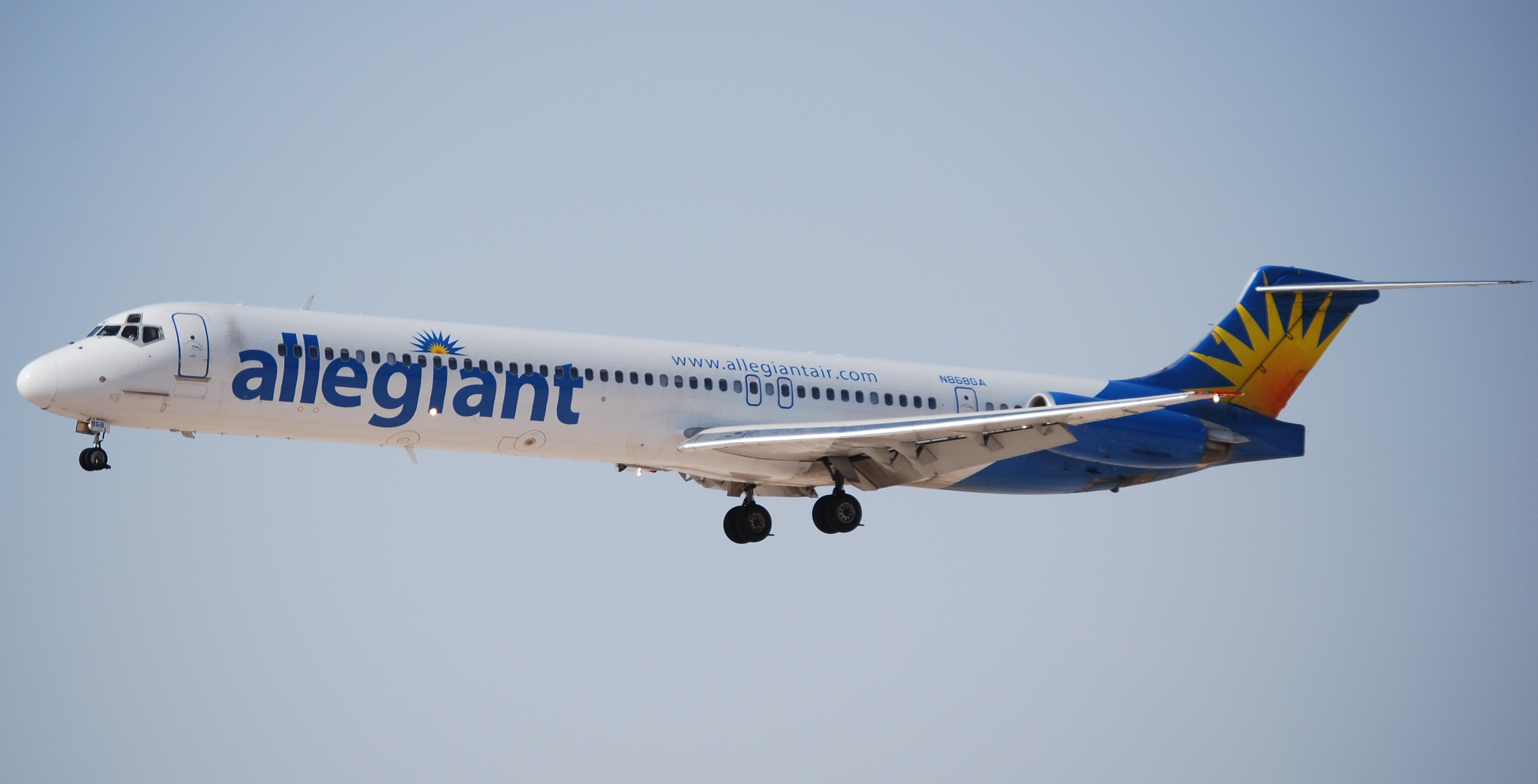 Several months ago I stumbled upon the super budget Allegiant Air. Their prices are cheap, and I noticed that they have decent U.S. coverage, albeit sometimes in and out of atypical airports (examples: Mesa Gateway rather than Phoenix Sky Harbor, and Orlando Sanford rather than Orlando International). I messed around with their online booking system for a while, filing away the experience in my head. Little did I know that I would be booking a flight with them in a matter of months.

…you want how much?!

This past week United wanted ~$950 to get from Arcata, California to Phoenix, Arizona on a round-trip ticket, booked roughly eight days out. A whopping $950. Like, I could fly to Africa and back for $950. Although the company I work for was footing the bill, I couldn’t justify it. It was an overhead expenditure. Part of the issue may have been that I was building in a stopover in the Bay on the way back. In any case, this was well above what I’d paid previously, even booked close in, so I decided to look at my other options.

With Google Flights as my friend, I searched flights from STS, SFO, and OAK to all Phoenix area airports. To my utter and complete shock, a one-way cheap flight showed for Sunday, June 5th, available for $68! And there was Allegiant’s logo right beside it.

The flight was between Sonoma County Airport and Mesa Gateway Airport, and it would have to be combined with transportation to Santa Rosa; however, the fact that I was able to book a one-way ticket sold me.

So I jumped on it. After a carry-on bag fee and a credit card charge fee (Allegiant follows the budget airline model that charges you for everything), the grand total came to $85.66. It was a steal. Add the $54 bus fare to Santa Rosa, and I was saving the company a few hundred bucks, even factoring in my time. The best part was that I could work from the bus for a few hours, so I wouldn’t be entirely unproductive either. It seemed too goo to be true.

Hindsight is 20-20. Had I known the significant delay the flight would experience, I may have reconsidered my plan. I arrived at Santa Rosa airport with just under two hours to kill until boarding. The departures sign was the first tip-off to the state of Allegiant’s flights today. Their flight to Las Vegas was delayed by roughly two and a half hours, and the tiny STS airport was packed. Flight 121 to Mesa still said “on time,” so I held out some hope that it would remain that way.

The dreaded announcement came over the PA as soon as I entered the security area: Flight 121 was delayed with a new departure time of 6:27. Not too bad. A few seconds later my phone buzzed: “Allegiant #121 from STS to IWA is delayed. Estimated departure is 7:09 p.m.” Well, which is it? I simply assumed the worse of the two.

Trying to make the most of it

A mere 20 minutes later, the delay was lengthened even further to a 7:40 departure. I was through security by this point, but I decided to head right back out and eat dinner at the airport restaurant. My 90 minute wait had been stretched to nearly three and a half hours. Which gave me plenty of time to browse Allegiant reviews.

Per everything I have read, my experience was right on point. The positive is that they offer dirt cheap fares; the negative is that you are hung out to dry if there is a delay or cancellation. And they tend to have a large number of delays. If one flight gets delayed early in the day, every other flight that aircraft makes is impacted. Combine this with the fact that they only offer a couple flights per day between locations (sometimes only one), rescheduling is tenuous at best. With my plans already locked in, and as late in the day as it was, I was pretty much restricted to wait it out. If for some reason the flight had been cancelled, I would have been stuck. A last-minute Southwest flight out of Oakland may have been an option, but it would have taken over an hour to even get there. 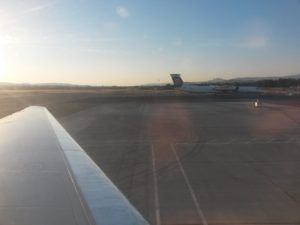 Finally seated and looking out the window of the plane while leaving Sonoma County Airport.

The two-hour delay mainly inconvenienced me in terms of sleep. We took off at the delayed departure time of 7:40 and touched down in Mesa around 9:50, and I made it to the hotel at 10:45. So much for getting a good nights rest before a full day of work in a different office.

Although booking with United would have (theoretically) alleviated the delay experienced on Allegiant, that came with an enormous cost. I knew going into the trip that I was making a gamble booking a cheap flight on a budget airline from an airport with few options. It was a calculated risk, and I lost (partially). I would have much rather gotten to my destination by 7:45 as scheduled. The fact that we still saved money sits well with me, though.

All said and done, I will probably still try Allegiant again. The dirt cheap prices that they offer are hard to resist. The key will be to simply plan on a delay from the outset, and then be pleasantly surprised if everything goes smoothly. At least that’s how I hope to look at it.