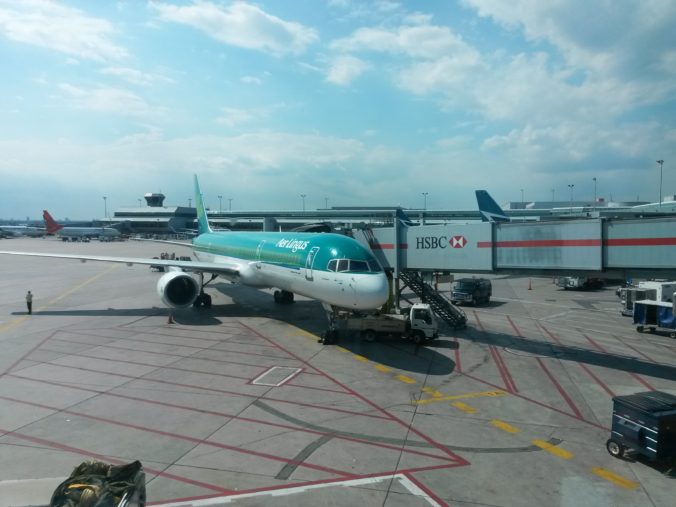 One of the most well-known award chart sweet spots is the 12,500/37,500 Avios BOS-DUB economy/business awards using British Airways’ Avios. For people living in New England, the awards are by far the best option to visit the Emerald Isle.

The Boston-Dublin (also Boston-Shannon) route has always been looked at as the perfect sweet spot redemption; the two airports are ~2,990 miles apart, allowing the flight to fall nicely at the uppermost end of a Zone 4 award. No other transatlantic routes come anywhere near this price.

When it was announced that Aer Lingus would be joining the Avios party after being purchased by IAG back in 2015, it was assumed that they would use a distance-based award chart like that of British Airways. True to form, the AerClub award chart is strikingly familiar; it is exactly the same as that of British Airways, sans the highest zones. Everything is business as usual, except for a single caveat: the Boston-Dublin and Boston-Shannon routes are reclassified into Zone 5! Out of all routes these two were singled out for a price hike. 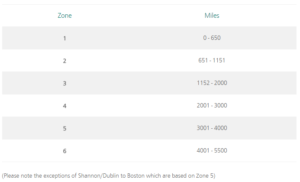 The new Aer Lingus award chart. Note the one caveat at the bottom.

To add insult to injury, it wasn’t just that Aer Lingus measured the distance slightly differently. If Boston and Dublin were a few miles further apart, there may have been an argument. It would be down to who is doing the measuring. Instead, AerClub clearly marked the route, as well as the BOS-SNN as the sole exceptions to their chart.

It is true that the new off-peak price is only 13,000 miles one-way in economy. But the new business price is whopping 50,000 Avios. Say goodbye to a great deal.

What do you think of this move by AerLingus? Can their repricing of this award be justified?