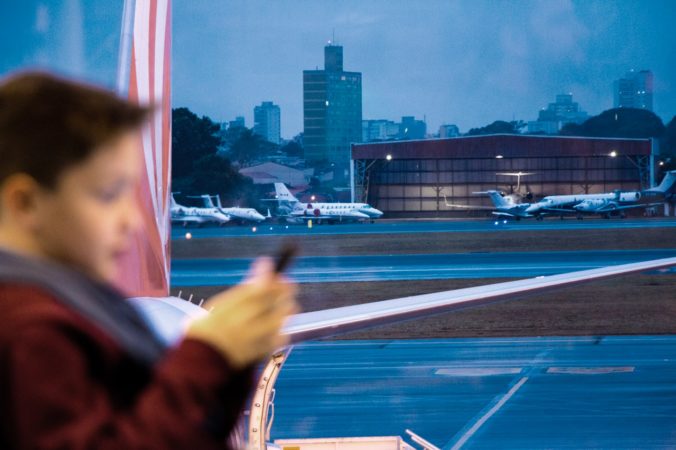 Autocorrect fails are some of the funniest things. I wish I would note down every random thing my iPhone *thinks* I meant, many of which are words I’ve never ever typed. And probably never would have, except for the “helpful” interference.

But autocorrect can actually learn, which has been useful. Here are four award travel-related words my phone has picked up on:

SFO and HKG (and many other airport codes)

These are two airport codes I’ve used a lot. San Francisco International is a typical departure point for us, and Hong Kong seems to come up in a lot of deals and also as the backbone award segment when flying to Asia, as the route between these two cities is served by United, Cathay Pacific, and Singapore. It’s little wonder my phone will correct to these a lot.

There are a number of others it knows, including ACV, SMF, LAX, and ROA.

It’s sad, but true. My phone will now correct things to “bonvoy” as I type. As least it’s not audibly yelling “Bonvoy!” at me, although that might be the logical next step. I’ve had a couple instances where I’ve tried to type something else, and my phone has changed the text to “Bonvoy”.

Maybe this is the ultimate way of being bonvoyed? I guess most of the time this is what I’m trying to write anyway. If you’re unaware of the issues plaguing Marriott’s new Bonvoy loyalty program, check out the website dedicated to cataloging customer problems.

It makes sense that two of the primary award programs among U.S. carriers are used commonly enough that my phone knows when to insert them, correct capitalization and all.

MileagePlus is unique enough that I’m not surprised. But it is surprising that American’s program name is recognized. If I mess up just trying to type “advantage”, sometimes I get the version with the double A.

Don’t get me started. I have a love-hate relationship with Avianca’s program. While I’d managed to put up with their quirky website and other nuances, things pretty much disintegrated when I experienced a flight cancellation and they refused to refund the ticket. If their system says its flown, it means you flew it, no matter how much evidence you present to the contrary (SEE: My epic battle with LifeMiles and how I was finally victorious).

I’ve ranted about LifeMiles enough, often by email with Mark Ostermann of Miles to Memories, who has his own long list of grievances with the program.

Maybe a funny post, but it was a humorous revelation when I started noticing how often some of these words come up. Being active in a few award travel Facebook groups as well as being an award travel writer has resulted in an odd number of additions to my phone’s learned words.

Four Day Blast to Taipei and Back

Laying Eyes on Tahoe for the First Time