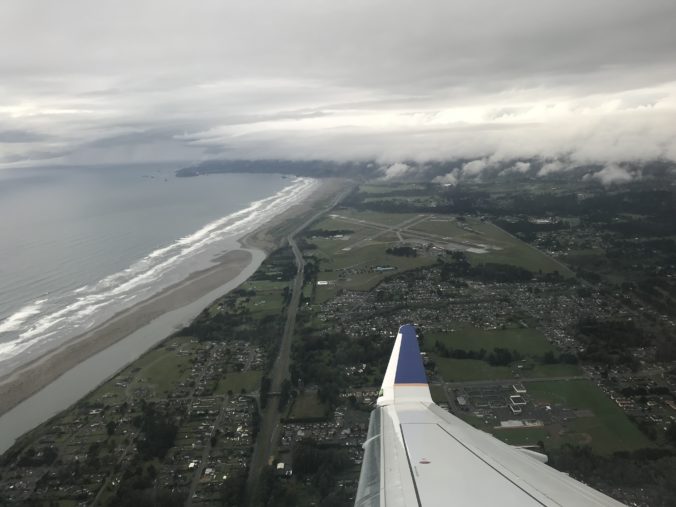 I finally understand! This is what our airport code stands for ​

A couple weeks ago I had quite the trip. Er, non-trip. I was supposed to fly from San Francisco back up to Arcata on the hour long hop after driving one way to the Bay, but that plan was crushed like always. Instead, I found myself driving back up in a rental car through the pouring rain.

Now I’m still fighting to get the miles back that I used for the trip. But that is a story for another day.

The frustrations of flying ACV

It’s no secret we live in an isolated pocket of the country, and our unreliable air service doesn’t help matters at all. Maybe it’s just me, but literally half of all flights I’ve ever taken with United between ACV and SFO (either way) have been either severely delayed or outright canceled. It’s so bad, that I gave up and generally fly out of Sacramento (SEE: 5 Reasons Why Sacramento is my Favorite Northern California Airport).

While at Arcata, I met a fellow member from the Travel Grumps 101 Facebook group that I am a part of. We’ve previously both commiserated online about the difficulties of flying out of Humboldt, and we got to chat travel for a bit. Until our flight was summarily canceled.

She headed out to retrieve her luggage and rent a car to drive home while I decided to grab dinner for free at the Giants Clubhouse before heading back to the city. A little while later I received a Facebook message from her saying the United baggage handler definitely knew the woes of flying into ACV. He asked her if she knew what ACV stands for.

I’ve always wondered what our airport code stands for, and his answer finally shed some light on the odd airport code. It makes complete sense now.

What does ACV stand for? That’s right: Another Canceled Vacation.