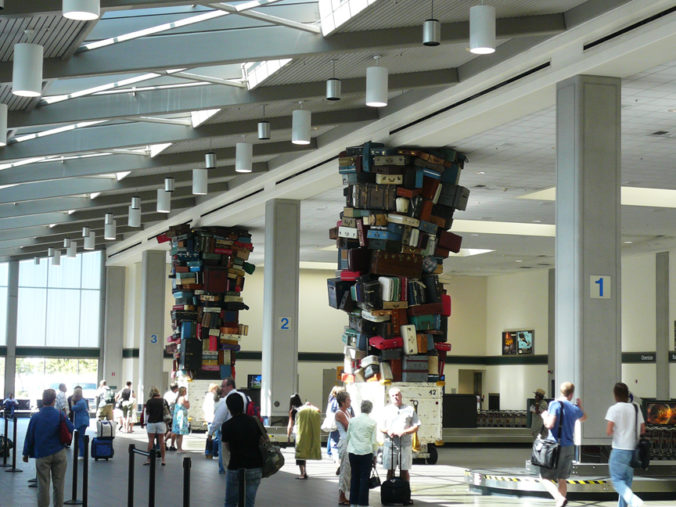 5 Reasons Why Sacramento is my Favorite Northern California Airport

With all the delays and cancellations that plague our tiny regional airport, I’ve had to look beyond our “Redwood Curtain” for reliable flights. Not to mention cheaper. Prices out of ACV (our little regional Arcata-Eureka airport) are insane.

There are a number of options in the northern section of the state, including Redding, Santa Rosa, Sacramento and three more airports in the Bay Area. But one stands out above the rest: Sacramento.

If you’re a local and am wondering why I associated Sacramento with Northern California, have no fear. I’m firmly in your camp (SEE: 5 reasons you *must* visit coastal northern California). The Bay Area and Sacramento Area don’t qualify as NorCal in my mind. But since there are millions of people in the middle section of the state that don’t agree with us, I have to throw in the towel and go with the prevailing definition.

The most appealing feature of Sacramento International Airport is the utter lack of traffic. Coming from Humboldt County, I head south on Highway 101, cross over to Interstate 5 by way of State Route 20, and then it’s another 45 minutes south to the airport.

Because the airport is located north of downtown Sacramento and busy Interstate 80, you don’t ever have to deal with any substantial traffic. I’ll take it over Oakland, San Francisco or San Jose any day.

From curbside to gate in no time at all

Along with the lack of the terrible traffic that plagues the Bay Area, everything is faster at Sacramento. The walk and time through security can be comparable to Oakland or San Jose, but its the proximity of the rental car center that helps significantly. It is located much closer, with a fast and frequent shuttle (ease of access to the rentals car center varies at San Jose airport depending on which terminal you are flying into or out of).

I’ve clocked my time through Sacramento Airport on a couple occasions. On one occasion I pulled up to drop my rental car with Enterprise at Sacramento at 4:58 a.m. I made it on the shuttle by 5:03, arriving at security at 5:05. Clearing security took all of a couple minutes and I made it to my gate by 5:09 a.m. Total of 11 minutes. No way I could do better than that at SFO.

Little to no price premium

As a mid-size airport, you might think Sacramento would have higher prices than a large hub like SFO. This is certainly the case if you’re looking to fly somewhere overseas, as Sacramento only has a few international flights (Air Canada to Vancouver and AeroMexico or Volaris to Guadalajara, if you are wondering). But for many domestic destinations, there is little to no difference in price. Sometimes it’s actually cheaper.

Don’t make the mistake of leaving off Sacramento Airport from your flight searches. It’s literally another 4 characters on the keyboard when searching airfare with Google Flights (SEE: 6 reasons Google flights is the BEST flight search engine). Just hit “S-M-F-space”, and then proceed to type in SFO like you planned to in the origin box.

Sacramento has a leg up on Santa Rosa airport due to the number of airlines and flight options it offers. While Santa Rosa has definitely expanded in the past year, and is on track to continue this trend (SEE: Santa Rosa Airport Expands to Meet Crushing Demand), it still doesn’t have nearly the same number of flights. For example, American Airlines only offers one flight per day out of STS, and it is just after noon, making it hard to catch an eastbound connection in Phoenix that arrives on the East Coast at a reasonable time.

Sacramento offers many more options. Sure, it’s not SFO. But there are a number of reasonable departures on all the major carriers. You can pick from American, Delta, United, Alaska, Southwest, JetBlue, Frontier, and Hawaiian domestically. International carriers include Air Canada, AeroMexico and Volaris, as previously mentioned. Southwest offers the most nonstop destination options by far (which makes sense, as they have 53% of the market share at SMF).

Since I have to get myself to and from Sacramento Airport, I do have to take into consideration the cost of renting a car. I’ve found that I can pretty much always get a car for $100-150 depending on when and which direction I am going. This may sound like a lot, and it *is*, if it is coming out of my own pocket. But it work is paying, I can often justify it since the difference in fare is more than the cost of the rental car. The typical differential is $300+ between a fare out of Sacramento and a fare out of Arcata.

There is the issue of added travel time, but depending on the itinerary, even this may not be substantial. Most of my United itineraries for work back east involve two connections. Flying out of Sacramento allows me to cut it to only one. In some cases, flying out of Sacramento only adds 1-2 hours to my trip each direction. The added reliability makes this trade more than worth it.

I have a love/hate relationship with our local airport, which has made me look into flying out of other airports many times. Now I’ve finally settled on my favorite of the most easily accessible.

Header image courtesy of jericl cat via Flickr under CC BY 2.0 license.

Fare Deal: San Francisco to Paris for under $400!