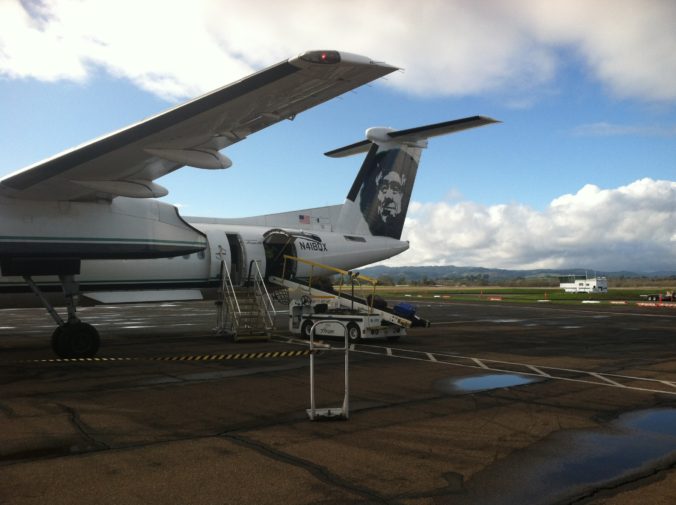 Unlike our local Arcata-Eureka Airport, passenger demand at Charles M. Schulz Airport has seen an huge increase over the past several years. Which has been met by a noticeable increase in both flights and airlines serving the small airport.

What hasn’t changed much is the size of the airport. And it needs to. Badly.

Expansion plans have to be altered

Currently, Santa Rosa/Sonoma County Airport is way too small for the number of passenger passing through on a daily basis. Contrary to the loss of service that has been experienced by many airports, Sonoma County has seen strong and steady growth. Numbers jumped this year as more airlines added service after the airport’s $55 million runway expansion project was completed. The airport is poised to see at least a 20% jump in passenger numbers in 2017.

This unprecedented increase has prompted changes to the plans that were initially proposed for the STS expansion. The plans had to be redrawn to deal with both the influx of new service and more passengers. A temporary tent structure will accommodate the crush of passengers until the terminal expansion is completed. Financing for the new expansion project was approved by the County supervisors in September.

STS is a great option for Humboldt travelers

Santa Rosa isn’t all that far away in the scheme of things. Given that the Willits bypass is now in place, you can typically make it nonstop from the Eel Valley to Sonoma County Airport in about 3.5 hours. Sure, it’s a lot longer than the 45 minute trek to ACV. But there are definitely benefits.

First, fares are *much* cheaper. If you’re a family of 4 looking to travel to D.C., you could save upwards of $300 per ticket versus flying out of ACV. Sure, you might save even more flying out of SFO, but you’d be adding another 90 minutes to your drive and more in parking fees. Not to mention generally more in hotel if you’re planning to stay the night.

Second, you have options. Charles M. Shulz Airport is served by Alaska, American, Sun Country, and United. It used to be served by Allegiant on a couple routes. Now that United flies the shortest flight in the U.S. to SFO, a huge United hub, Santa Rosa Airport really is a gateway to the world. You can connect to many destinations across the country and across the globe with only one stop.

I’ll definitely admit that I didn’t like my last experience flying out of STS, and things may be painful in the interim as the airport goes through it’s planned expansion. But looking ahead, I’d say that Sonoma County is an great option for people flying out of northern California.

Our First Time Flying with Kids