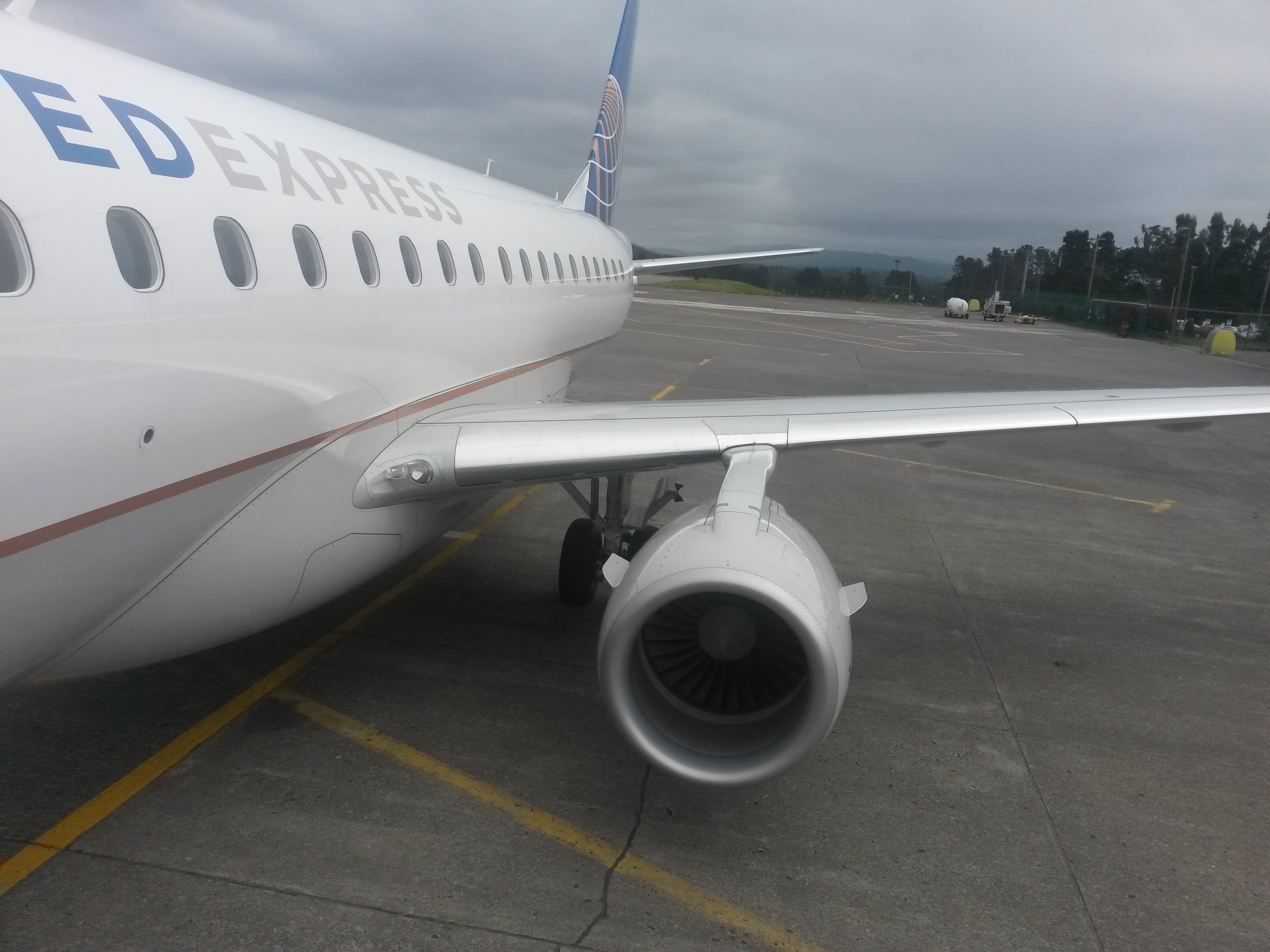 United cuts an Arcata flight, but switches to larger planes

United airlines has cut service to Arcata airport by one flight per day.  But don’t be too worried about the change. United is switching to operating larger aircraft between here and SFO and will be able to accommodate the same number of passengers per day.

The Star Alliance carrier has been in the process of retiring many of it’s small Canadair CRJ-200 regional jets. This small plane has been one of the primary aircraft United has used on the ACV-SFO route. The carrier is switching to the larger Embraer E175, which seats 76 passengers, compared to 50 on a CRJ-200. United is effectively replacing 3 of its CRJ-200 flights with 2 flights serviced by E-175 aircraft, keeping the number of daily departures the same.

Downsides of the change

One negative impact from this change is that there are now only a total of 5 flights in or out of Humboldt County each day. If any of these are delayed or cancelled, more passengers will be affected, and rebooking options will be more limited. Both United and PenAir have very poor on time performances in and out of Arcata Airport, so let’s hope they can improve this moving forward.

It’s a bummer to lose some schedule flexibility, too, with only 3 United flight options now. Hopefully the aircraft swap will mean better operations for the remaining flights. This news also comes on the heels of PenAir cutting a flight per day to Portland.

Personally, my feelings are mixed on the change. My last flight back to Humboldt with United was on an E-175. The plane was much newer and nicer. I was also in shock that we actually boarded via a jetway at SFO. Most of the time you have to walk outside at good ol’ gate 84 to a parked CRJ-200. I happily welcome the new aircraft, but I wish it wasn’t at the cost of a flight per day.