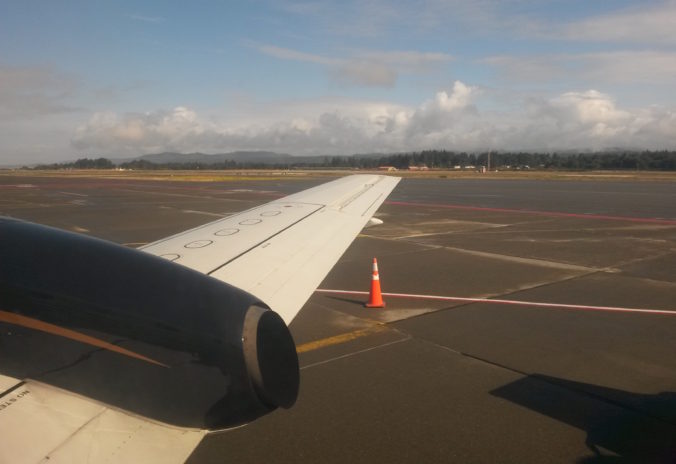 Living in Humboldt has it’s benefits. The climate is mild, traffic isn’t an issue, and the redwoods are at your doorstep.

But there are definitely some downsides. One of the biggest of these is how hard it is to travel anywhere either quickly or cheaply.

We have one local commercial airport. It is the Arcata-Eureka Airport (IATA code of ‘ACV’), and actually located in McKinleyville, just to be confusing. It also bills itself as an international airport, which I find hysterical.

The Arcata-Eureka airport is our only air connection with the outside world. Currently, the airport is served by about 7 flights per day by two carriers.

Flights out of ACV are typically quite expensive. It may be more convenient to fly out of Arcata, but for a family heading across the country on vacation, driving to the Bay Area to catch a plane is usually the better call.

Luckily, you can have it both ways: convenient and cheap. You just need to amass some award miles.

Earning award miles for flights out of Humboldt

The two carriers that serve ACV airport are United and PenAir. United has been flying to the area for years, while PenAir is a relatively new addition. Both carriers offer flights using award miles.

Here are two great credit cards to help you get started toward your first free flights out of ACV:

How much award space is available out of Humboldt?

Award space on United is generally very good, as long as you are not looking for last minute seats. Periods around holidays and in mid-summer fill up early as well. Here is a sample of the award availability between ACV and SFO for April and May: 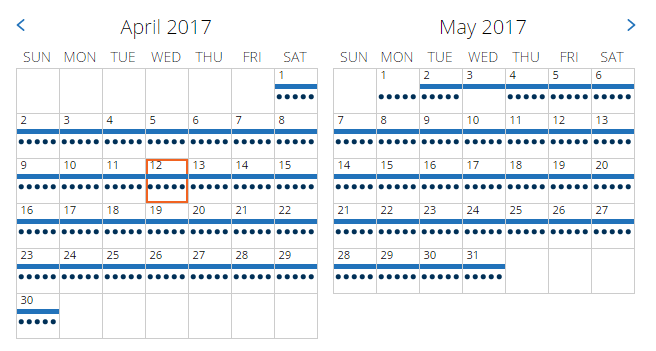 There is still at least 1 economy award seat (denoted by solid blue line) all but one day over the two months. I can typically find at least 8 award seats available for at least half the dates over this period as well!

Remember that this is just for the leg between ACV and SFO. Availability may not be as good for other legs of an itinerary. This still gives you a taste of how easy it is to fly in and out of Arcata using United miles.

Award space out of ACV on PenAir using Alaska miles recently went from very good to fairly abysmal. After Alaska made some changes to their award pricing structure, award flights from ACV to basically anywhere in Alaska’s network now cost 30,000 miles one way! Which is a complete and utter ripoff. I’ve reached out to Alaska via Twitter twice regarding the issue. 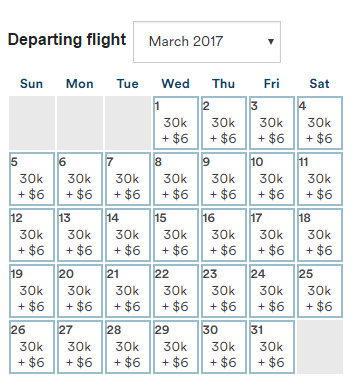 My wife and I were looking at visiting friends in Montana this spring, but there are no reasonably-priced award all the way through May. The previous price was 7,500 miles, which is a great deal. But 30,000 miles one-way? Not so much.

We could have flown both of us round-trip for what a one-way flight now costs most dates!

If you are interested in accruing miles to travel from Humboldt, I highly recommend one or both of these cards. In addition to the personal cards, both offer a business version as well. If you make a lot of purchases as part of your business, consider getting a business credit card to help earn free travel!

As I will always reiterate, use credit cards responsibly! Any rewards you gain will be immediately offset if you get hit with interest and late fees. Annual fees can be worth paying, depending on your situation and the value of the rewards or points gained. Any other fees are not.

If you’re interested in accruing travel rewards using credit cards and don’t know where to start, consider coming to the first Humboldt Travel Hacker Seminar in a few weeks.

Reserve a Seat at the First Humboldt Travel Hacker Seminar