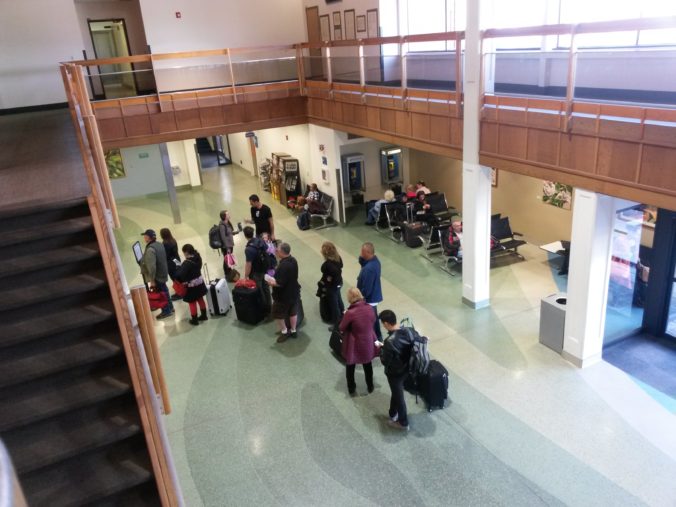 There is no way around it: we live in a very isolated area. While many people have the ability to be at an airport in a mere 30 minutes and in the air an hour later, we have no such luxury behind the “Redwood Curtain” that is Humboldt County, California. Traveling anywhere is time consuming and/or difficult. 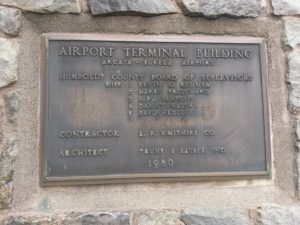 I wonder how many flights were offered in 1980…

The only local airport sporting commercial flights is Arcata-Eureka. Its IATA code is ACV. It has two gates: departures and arrivals. They are technically numbered. I think departures is 1 and arrivals is 2, but it really doesn’t matter. Check in and security can take all of 10 minutes, and it’s not like you can get lost trying to find your flight.

Which brings us to the available flights. A grand total of six are offered each day (up from a mere four last year) on two airlines. A total of two direct destinations are available: San Francisco and Portland. As sad as this sounds, I was thrilled when PenAir starting serving ACV, since it opened up the Alaska Airlines network for award flights. 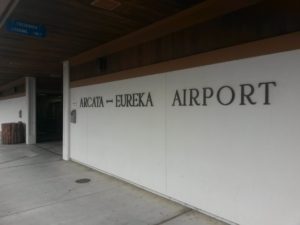 Exterior of the terminal building

The airport building itself is pleasant enough. It has a few check-in counters, some rental car desks, and a small shop selling snacks and souvenirs. Upstairs there is a viewing deck of the tarmac. That’s actually my favorite spot in the building. 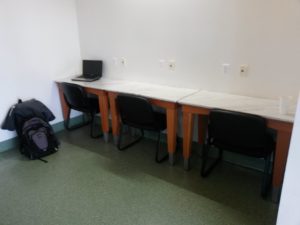 The entirety of the Arcata-Eureka Airport business center

The “business center” is laughable. It contains three lonely table-desks with outlets. It would offer a slight bit of privacy from the rest of the departures area, except for the vending machines parked on the other side of the tiny room. 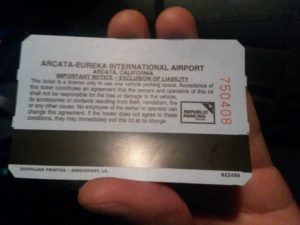 It is rare that we ever park at the airport (actually, I don’t think we have ever left a car there). One evening my wife arrived before I landed, though, and she took a gate tag and parked in the short term lot. When we were finally leaving, I turned the card over and had a cool laugh. Clearly printed on it was “Arcata-Eureka International Airport”!!! Granted, the Bombardier Q400 or CRJ-200  aircraft that fly out of here could technically make it to either Canada or Mexico, so maybe that is the qualification. Or maybe it is just someone’s sad idea of a joke. Maybe they were foreseeing California’s secession after the recent election. 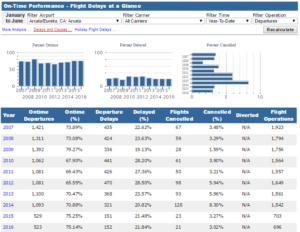 Arcata-Eureka is anything if not notorious for flight delays and cancellations. The ACV on-time record is abysmal. You know things are rough when over a quarter of the departures are either delayed or cancelled. The good news is that it looks like things are improving, even if just marginally so, over the past two years. The decent record in 2009 looks like an anomaly. 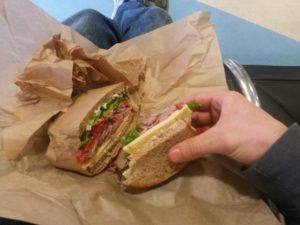 Sandwich at ACV? Nope. My wife delivered this to me from Eureka.

With all the delays, you might think ACV would offer some food options. But even there you will be disappointed. The only restaurant, The Silver Lining, closed its doors last year. Now passengers are relegated to vending machines and a small array of snacks.

The biggest issue with the airport is the price. Arcata-Eureka is not an essential air services (EAS) airport, so it doesn’t receive any sort of subsidization for passenger flights (not that I agree with the EAS idea anyway, at least at a Federal level). Which means it costs an arm and a leg to go anywhere. Consider the 1-hour hop to San Francisco. The best is ever seems to be is about $350 round-trip. And a one-way? You’ll pay essentially the same. PenAir added more service this year, but they didn’t impact prices much, except maybe to just Portland. 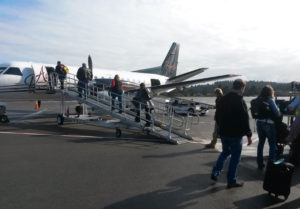 Yet I am so glad that ACV exists. Without our local airport, people in Humboldt would be resigned to drive 3-5 hours to Redding, Santa Rosa, or the Bay Area to fly anywhere. Even with its miserable on-time performance, the lack of amenities (especially when flights are delayed), limited airline options, and astronomical prices, I am still glad it is an option.