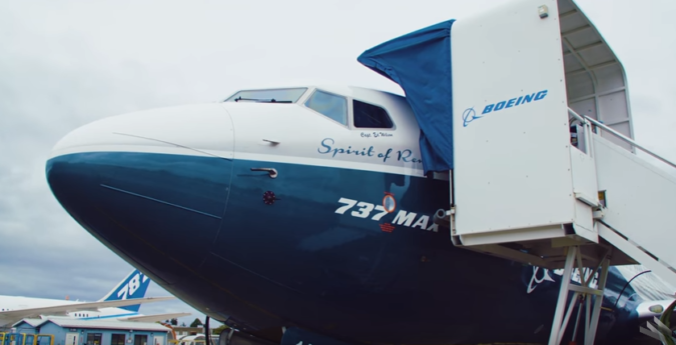 If you’ve flown at all commercially, it’s more than likely that you’ve flown on a Boeing 737.  Produced for over 50 years, it is the most successful commercial jet in history. As an example of its popularity, Southwest Airlines exclusively flies 737s.

Now Boeing is launching the next generation version of this staple aircraft: the 737 MAX. It is reported to be 14% more efficient and 40% quieter, both significant improvements. Like any aircraft, it must be thoroughly tested before being put in service, and Wired is giving viewers a peek inside the test aircraft.

Header image a still from the Wired video.