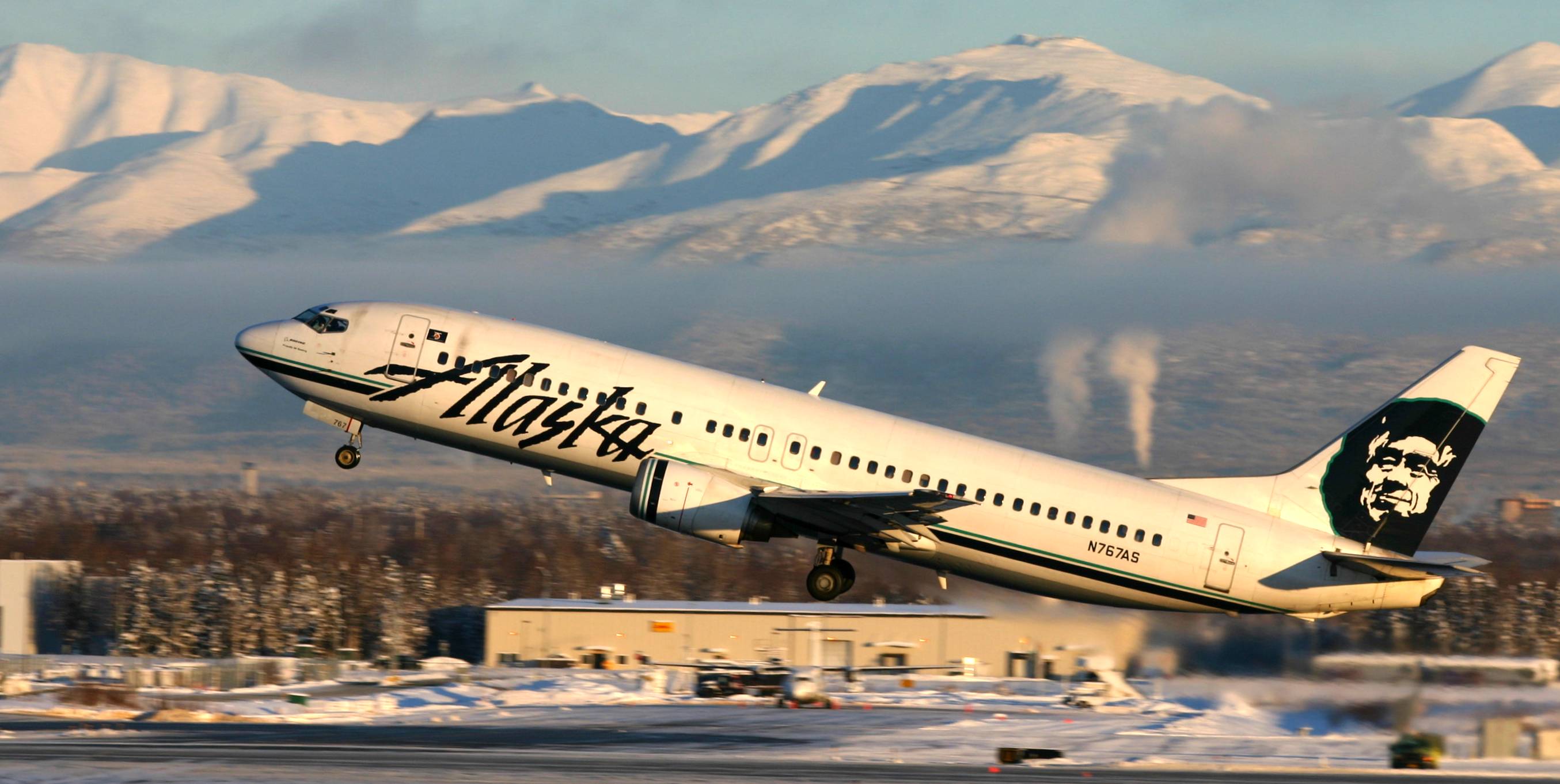 5 Reasons Why I Love Alaska Miles

There have been so many negative changes to the miles and points world over the past two years. The downhill likely started even earlier, but that was before I was really invested in this hobby. Right when I was thinking of reapplying for a Chase Sapphire Preferred card, the so-called “5/24” rule hit the streets. Then there was the devaulation of British Airways short-hop awards in North America. Followed by Marriott purchasing Starwood (which might not be negative, but it probably will be). Then the American Airlines general program devaulation.  Then the expansion of the Chase 5/24 rule.

Shining bright to me still was United’s award program. But now their incredible stopover rules are about to die. And alongside that are negative changes for the Citi Prestige card and for Citi cards in general. I really am not sure how much more of this I can take.

Yet one program is now standing a head above the rest: Alaska Airlines Mileage Plan. Granted, Alaska made some major changes earlier this year to some partner awards, completely without warning. Which really made some people understandably angry. But looking beyond that, the Mileage Plan program may be my new favorite. Here are my five reasons:

1. Distance Based Award Mileage. Alaska Airlines is the final holdout among the major U.S. airlines where you actually earn award miles based on the distance flown rather than price paid. Considering that they don’t operate many long-distance international routes, the ability to earn lots of award miles on fare sales is pretty small. 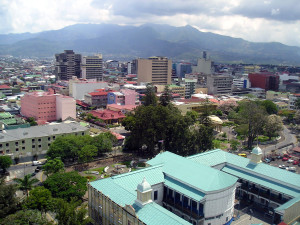 Alaska began service to Costa Rica last year, which is one of their furthest away destinations.

For example, a ticket from LAX to SJO will earn you just shy of 5,500 redeemable miles, while probably costing a bit shy of $400. The earning is good, nearly 3x what you would earn under the program of a revenue based domestic airline, but it isn’t the insane amount you used to score if you caught a sub-$500 round-trip to Asia.

All things considered, revenue earning puts you ahead on some domestic tickets. I will nearly always earn more miles from cash fare than flown miles on short hops. But it’s the principle of the matter! Why call them miles if you aren’t earning the miles you fly? I like Alaska Miles, because they are actually miles.

2. Generous Stopover Rules. This was a recent find for me. I had previously thought that Alaska allows one-stopover per ticket in a “hub”. Which to me meant Seattle, and then a large range of partner hubs. But I was wrong on multiple counts.

Alaska allows one stopover for each one-way ticket, so they effectively allow two stopovers on a round-trip. That’s awesome. The Alaska award rules state that a stopover must be in a “hub”, but this is actually fairly broad. For example, Juneau, Fairbanks, and Anchorage all act as hubs on one-way routes from the lower 48 states. For intra-Alaska routes, I am not sure the “hub” rule actually applies. I was able to book a stopover in some remote places, as long as you were headed on another short hop to a further remote destination. Examples include Dutch Harbor to Kotzebue with a stopover in Nome (DUT-ANC-NME(stop)-OTZ), and Juneau to Barrow with a stopover in Prudhoe Bay (JNU-ANC-SCC(stop)-BRW). While these are not exactly routes that interest everyone, this at least proves to me that the “hub” stopover rule isn’t really a fixed list of cities and often depends on the origin, destination, and routing.

The only rule that seems to apply is that there is no backtracking. Some very cool itineraries are possible when you look beyond the U.S. A crazy one that I found was PDX-DCA(stopover), WAS-SEA-PEK for 50k miles in Business! Start in Portland, head across the U.S. and back, then take off for China on Hainan Airlines, an Alaska partner. You could see the U.S. and Chinese capitals all in one trip! 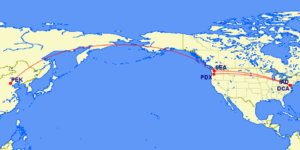 This insane route with Washington D.C. stopover is possible in business for 50,000 Alaska miles!

For a good explanation on Alaska award routing rules, read this post.

3. Several Sweet-Spots On Their Award Chart. Alaska has several award redemptions that shine. The first is as it should be: Alaska! Because the state of Alaska is considered part of the domestic U.S. on their award chart, you can get tickets to outlying places in Alaska for the same 12,500 points and $5.60 (or $11.20) as any other domestic award. Considering many remote places in Alaska are quite expensive, this is a great use of miles! A decent flight from the East Coast to Fairbanks to see the northern lights will set you back an easy $600. If you are interested in seeing even more remote areas, you can easily pay over a grand. Take the West Coast to the Aleutians, for example. 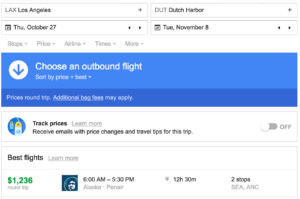 Use Alaska miles to fly to the Aleutian Islands to avoid paying insane fares.

If Alaska isn’t appealing, there are many other great award options, including U.S. to Australia/Oceania in business on either Fiji Airways or Qantas for 55,000 miles, U.S. to China in Hainan business for 50,000 miles, U.S, to Europe in coach for a mere 20,000 miles(!), U.S. to Asia in Cathay first for only 70,000 miles, and U.S. to the Middle East or India in Emirates business for 82,500 miles. The Emirates deal used to be even better, until Alaska pushed prices up significantly without warning.

4. Bank Of America Card Churning. You can basically get 25k-30k Alaska miles (depending on the deal) every few months by applying for an Alaska Airlines Visa Card with Bank of America. Since the $75 annual fee is not waived, this is essentially like buying a domestic round-trip ticket for just $75. Or you can save your miles for something fancier, like Fiji business class.

This deal is going to die. I know it. It is way too easy to churn the card. But until BofA kills it, I hope to take advantage of it a few more times. Granted, I might keep a card open now so that we can earn Alaska miles from spending.

5. Partner Flights Out Of ACV. This reason is completely personal. I live in a fairly remote area, and up until recently, United was the sole carrier serving the local Arcata-Eureka (ACV) airport. This gave United miles a special value in my mind (even though they failed miserably the only time I booked an award flight). 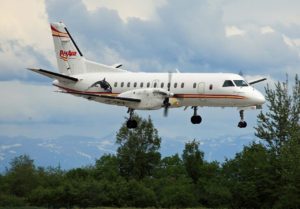 But then along came PenAir, which at first wasn’t an airline I really cared about. Everything changed when I discovered that they are a partner of Alaska Airlines! All of a sudden Alaska’s entire network is at my doorstep.

I could keep going on my new love of Alaska miles. The reward program has always been appealing, but the fact that a partner airline now serves ACV airport is gold. If you lived in remote northwest California, you’d understand. It’s so nice to only drive 45 minutes to the airport rather than 4-5 hours. To fly anywhere.

Delta Portland To Amsterdam In Economy: A Review