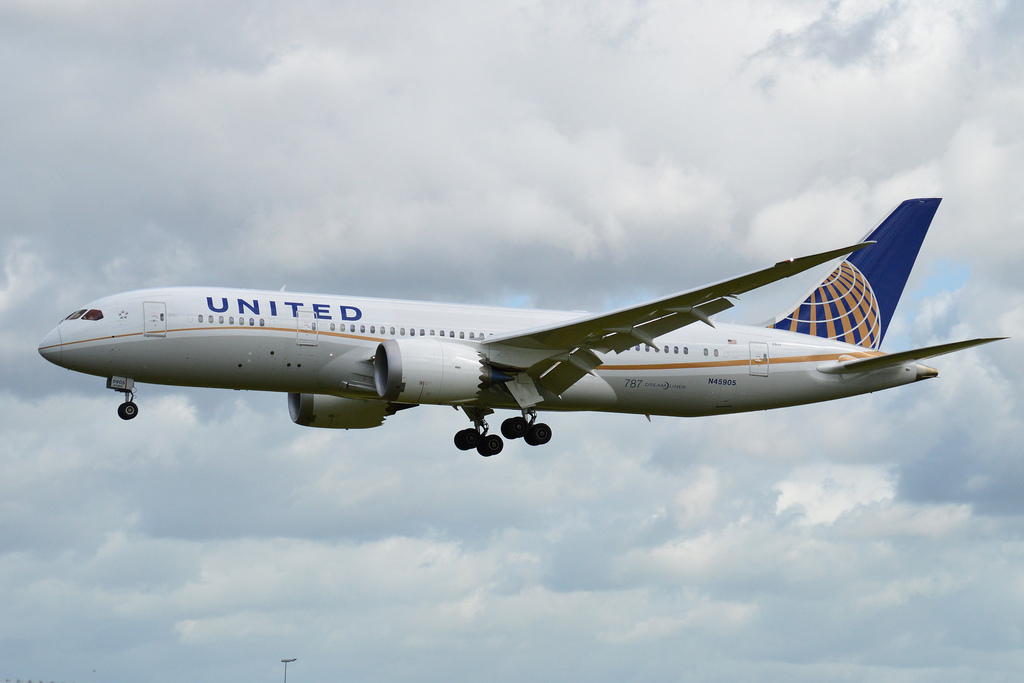 As I was planning this trip, my mother-in-law asked if I had ever had any “United Horror Story” experiences. I told her no. I have flown United twice, and both times went smoothly. But our little local airport is notorious for flight cancellations, changes, re-routings, and other mishaps. The runway is short and the fog is sometimes very bad. If a plane doesn’t make it in at night, the first flight out in the morning is nearly always canceled.

I had high hopes everything would go smoothly on our early departure. We were headed to Canada to experience real winter, and couldn’t wait (SEE: Montreal here we come!).

Our trip starts out sideways

Just eleven hours before we were scheduled to take off on the first leg of our flights to Montreal, we got an email from United. The morning flight out of Arcata was canceled. It was a punch to the gut. Here it is 6:30 p.m., the day is totally spent, and now you tell us the 5:30 a.m. flight out of ACV is canceled because of “weather in network”?!?! Our local forecast shows mostly cloudy skies with a light breeze! I couldn’t believe it.

The rebooking link United provided was less than helpful and just frustrated me more. It gave us a total of…wait for it…ZERO options for rerouting our flights, and had the audacity to suggest that Klamath Falls (try 250+ miles away) is a nearby airport (which didn’t have availability either anyway).

I checked the Arcata, Redding, Klamath Falls, and Chico availability. Nothing. I then used Google and United’s website to check the status of the other flights out on 12/29, and found that no other flights were canceled! Just ours. But no availability was popping up. And there were still a couple seats available on the 8:30 a.m. flight. This seemed so fishy. I picked up the phone to try United.

Giving up on Arcata

Fast-forward through two hours of hold music, and my wife and I are in the car driving to San Francisco. I really didn’t know what else to do. This just seemed like the only option. We were essentially banking on a United agent getting us either our original flight out of SFO confirmed, minus the ACV-SFO leg, or something else that worked. But now instead of going to bed early, we were driving 5+ hours through the night. Fun fun.

I lost the cell connection before a United agent picked up. Trying again when we neared Santa Rosa, I put the phone on speaker mode and then kept driving. We finally got a living human voice about 15 minutes later.

The United rep’s name was Linda, and she was amazingly helpful. She not only was very understanding about our situation, but when I told her we were heading to SFO, she forced the system to pick up some seats for us on a non-stop Air Canada flight to Montreal, even though there was no award availability. Our original itinerary included a layover in Boston. We would arrive roughly two hours earlier than planned. Finally some good news.

But what a miserable day

My wife and I stopped at my boss’ vacant apartment in SF for a mere 2 1/2 hours of sleep before beginning an awfully long day of flying. I got a good hour of work done, took a nap, ate some lunch, and enjoyed the landing amid flurries of snow. We were both exhausted, and the hotel in Montreal was a most welcome sight.

My plan now is to see if United will compensate us for our expenses driving to SFO (SEE: United Customer Service Actually Comes Through!). Not in literal cash, but in either a points refund or a travel voucher. This inconvenienced us a lot, and it honestly was not the weather in our area that affected the flights. It does not seem right to make us pay the price just to get to our destination on time. We will see how things go with my request to them.